Anyway, today we’ll be taking a look at…. 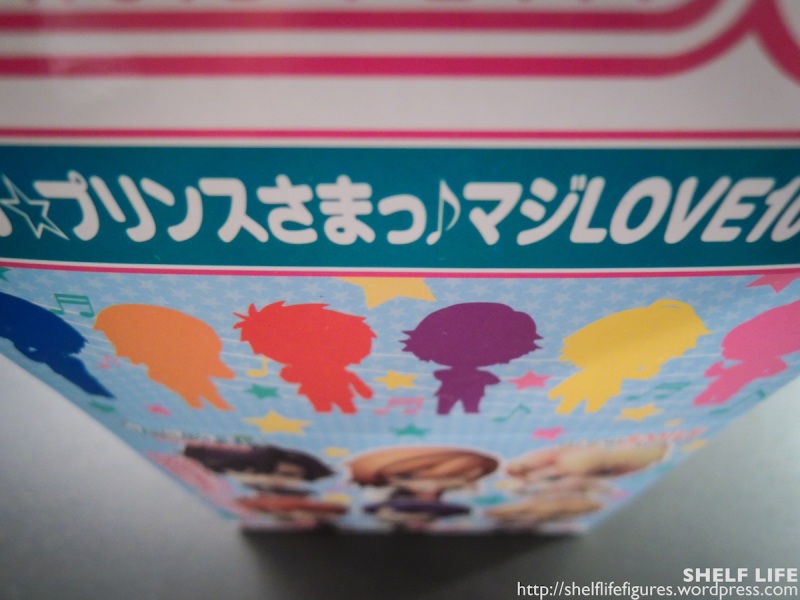 Can you guess whose silhouettes are those? 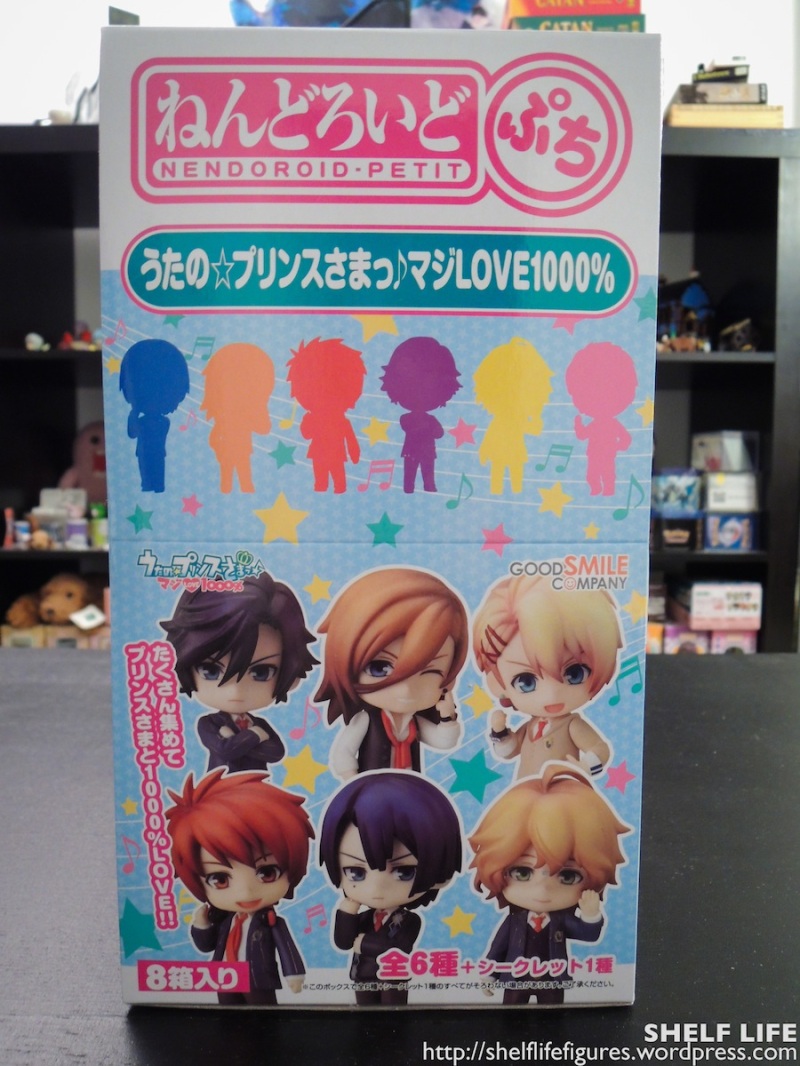 We’ll be looking at the Uta no☆Prince-sama♪ Nendoroid Petits! I’ve wanted these since they were announced（＾ｖ＾）Now if only they’ll make Starry☆Sky Petits as well.. 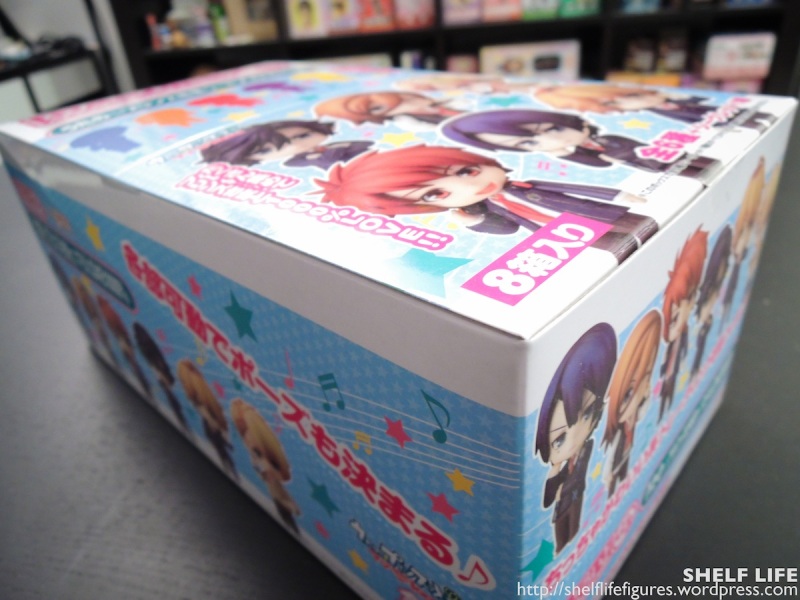 Here’s another angle of the box. It’s full of their faces and cute stars and music notes, hehe. 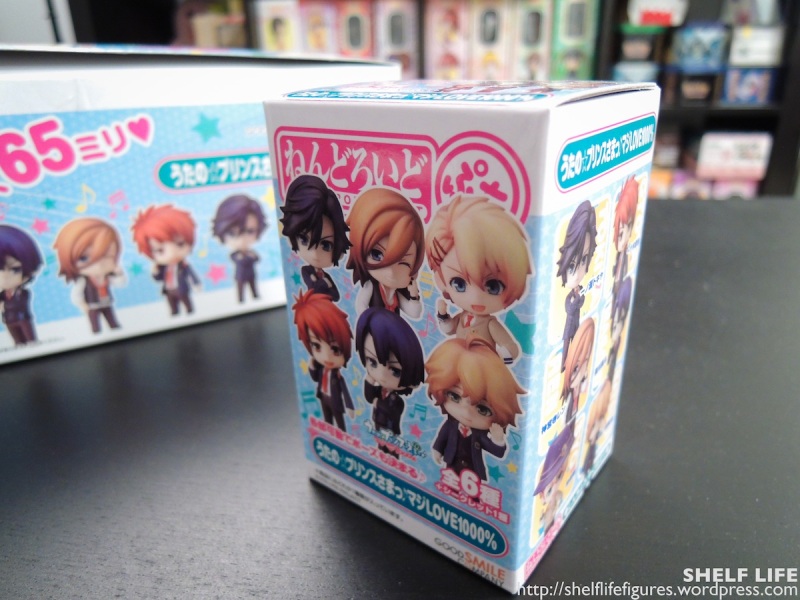 A box comes with 8 Petits, and you’re guaranteed to get one of each from the set. There are a total of 6 + 1 secret to collect, so the 8th one is a random duplicate. 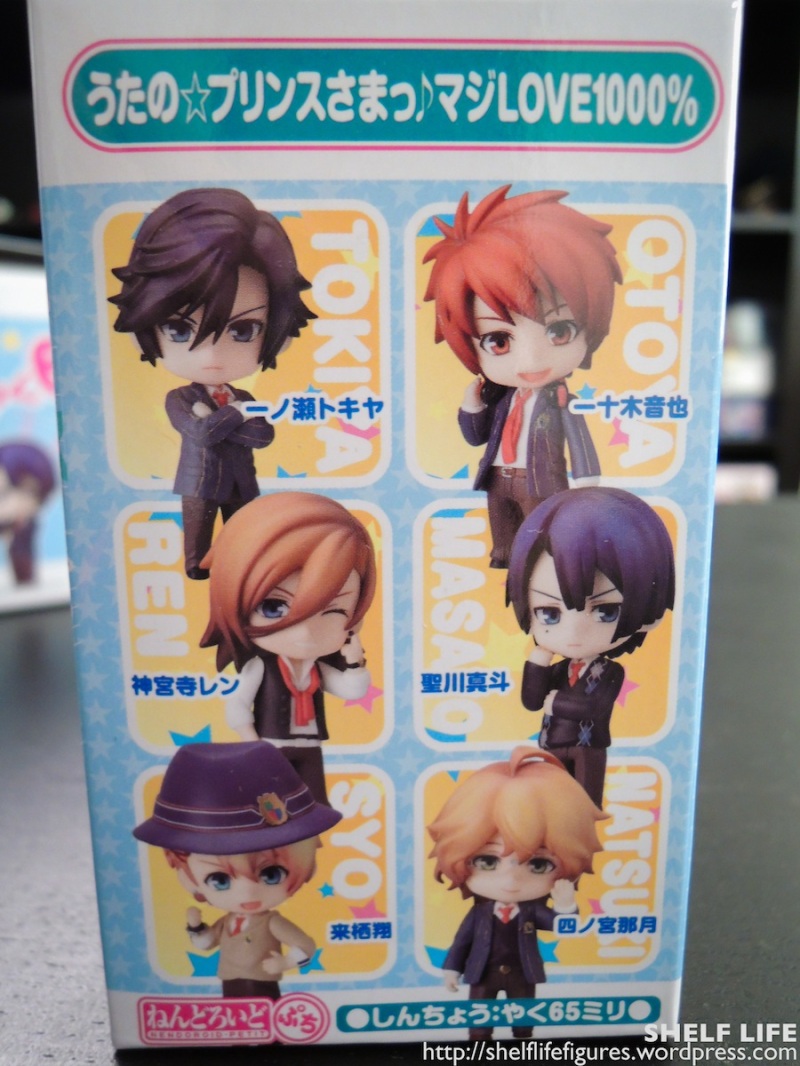 Here are the 6 princes! I wonder who’s in this one? 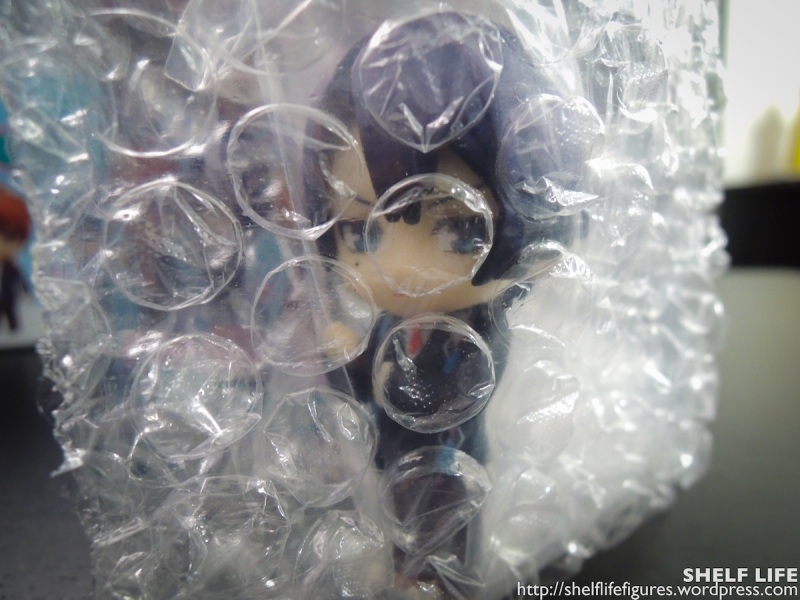 I got Hijirikawa Masato!! ( ＾∇＾) I don’t usually get Petits, but I was very surprised to find that they were packaged in bubble wrap inside an additional cardboard casing inside the box. 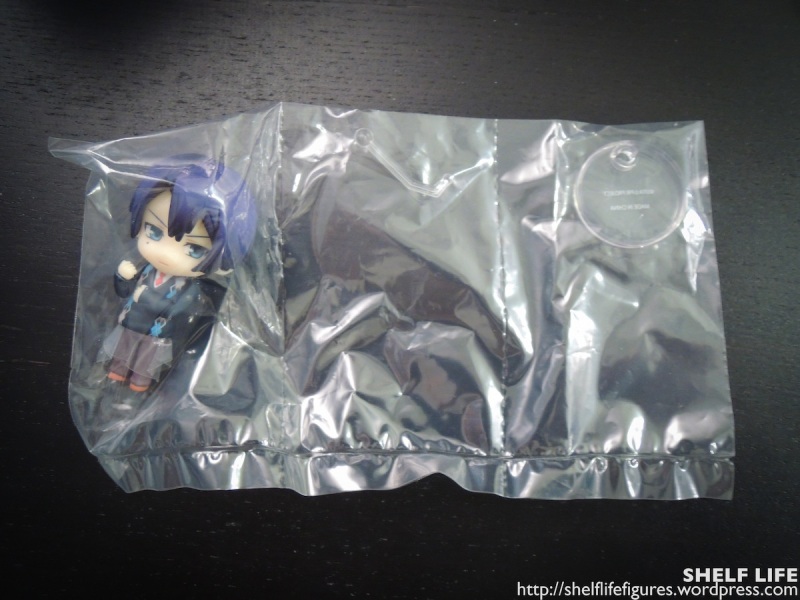 Here’s the normal packaging for Petits. Usually the petit is in one section of plastic, with its stand and its stand base in sections of their own. Let’s take a closer look at all of them now! 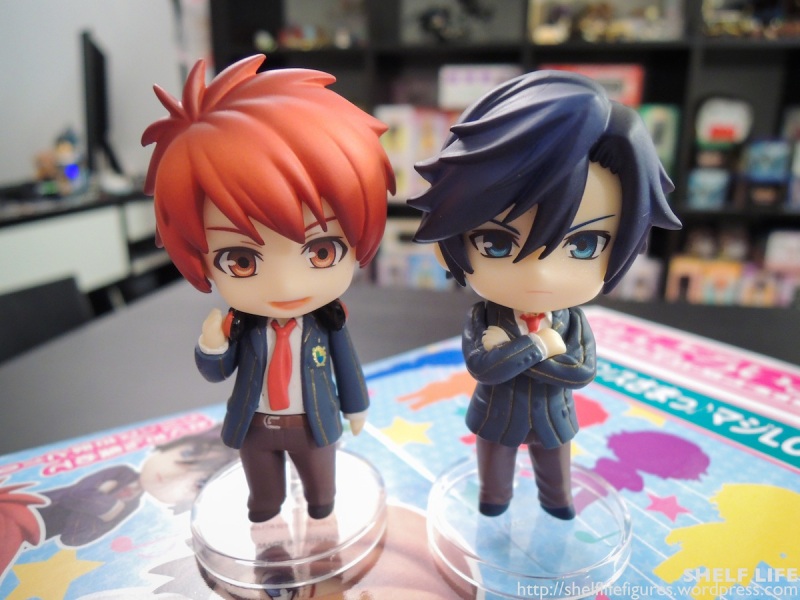 Here we have Ittoki Otoya and Ichinose Tokiya in their school uniforms! 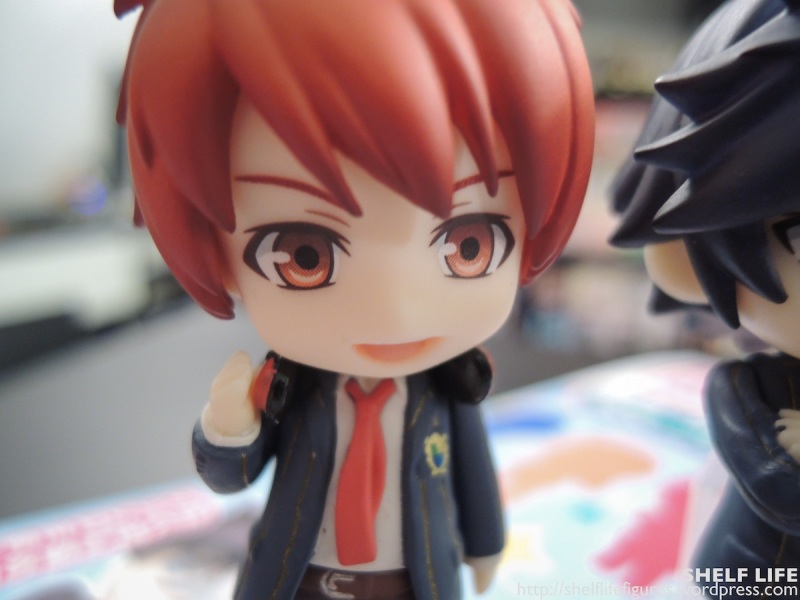 Otoya comes with additional headphones that you can put around his neck. I love how his smile reflects his optimistic nature. 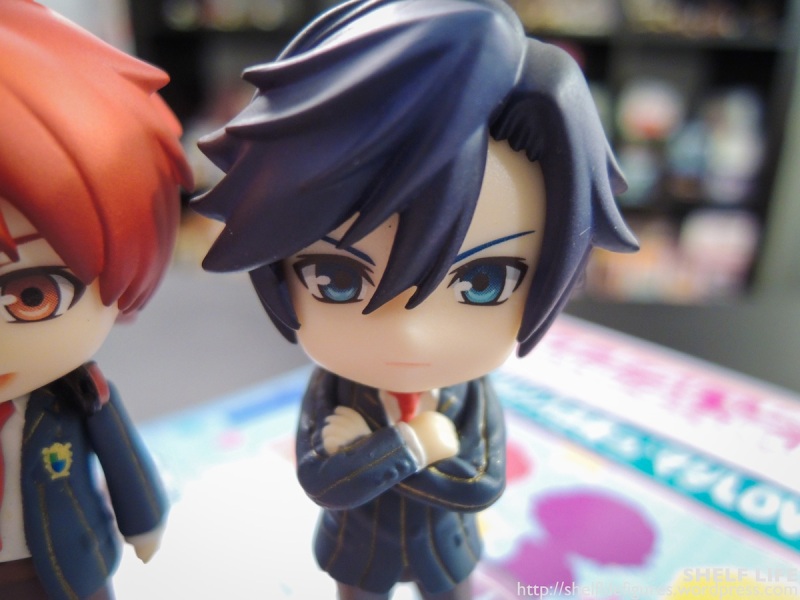 As for Tokiya, even though he’s in chibi form, his coolness still manages to show through~ 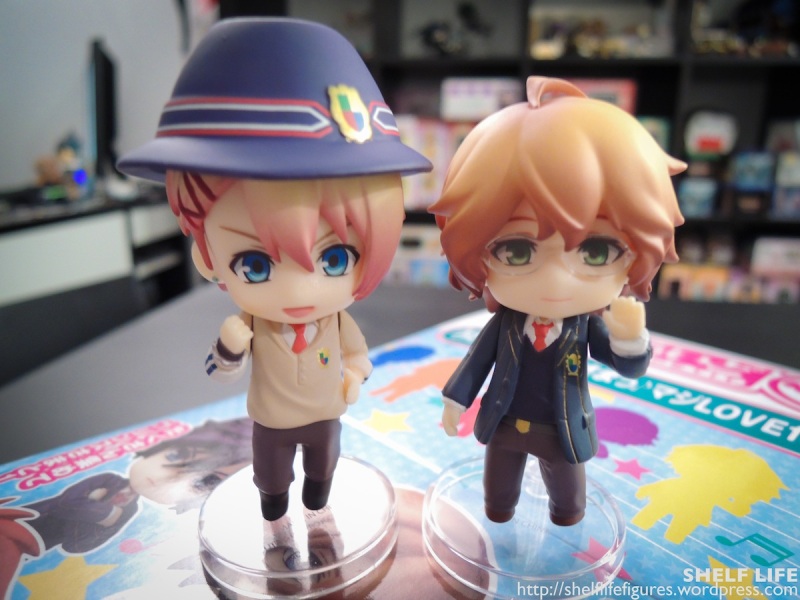 Next we have Kurusu Syo and Shinomiya Natsuki~! Hehe, isn’t it weird that Syo is the same height (and even taller with his hat on) as everyone else? 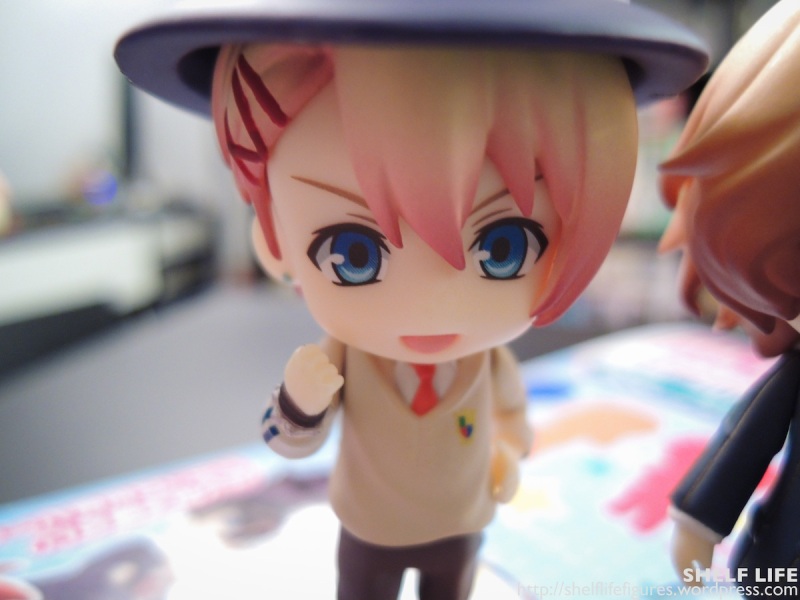 Kyaaa~ (*≧▽≦) Syo’s nendoroid form suits him so well!! Our stylish chibi prince~ His uniform is also uniquely different from everyone else’s. Too bad his little nails aren’t painted black as well. 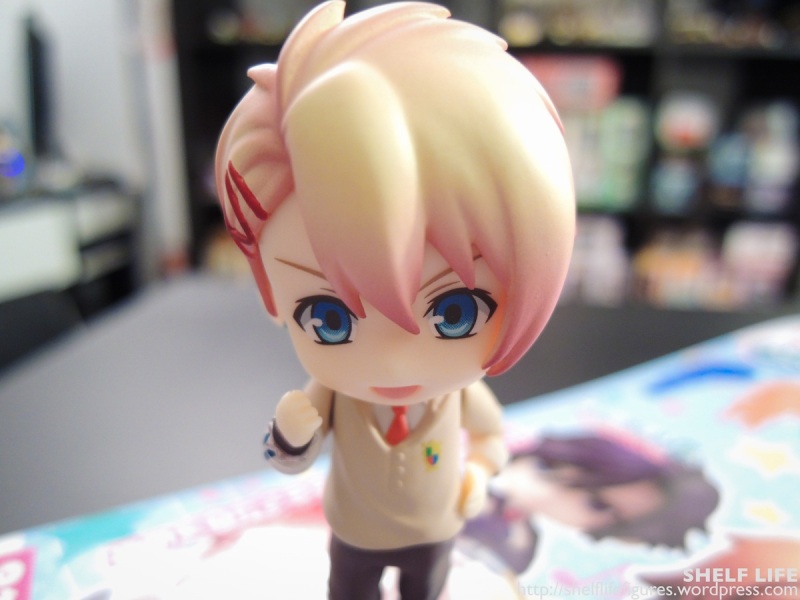 And of course, his hat is an accessory and can be removed! 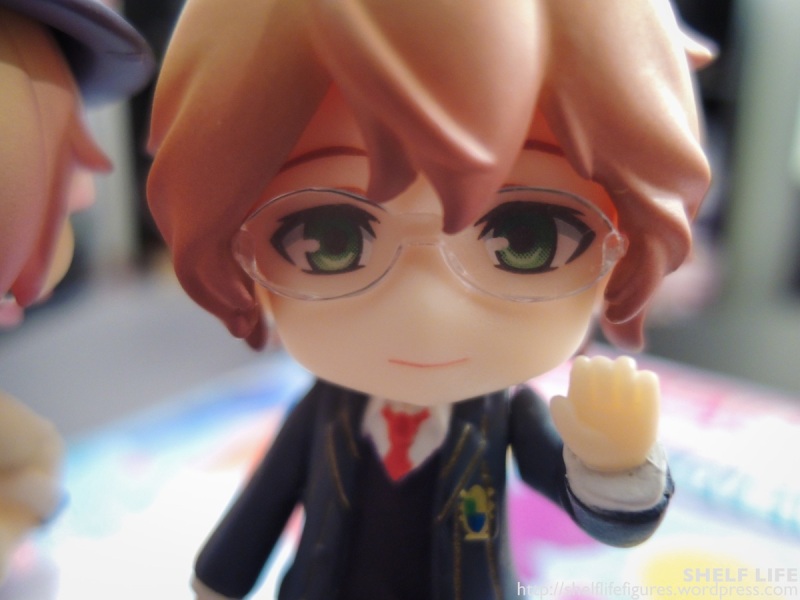 Here is Natsuki~!! He has a very calm and gentle expression. His glasses are also removable~ 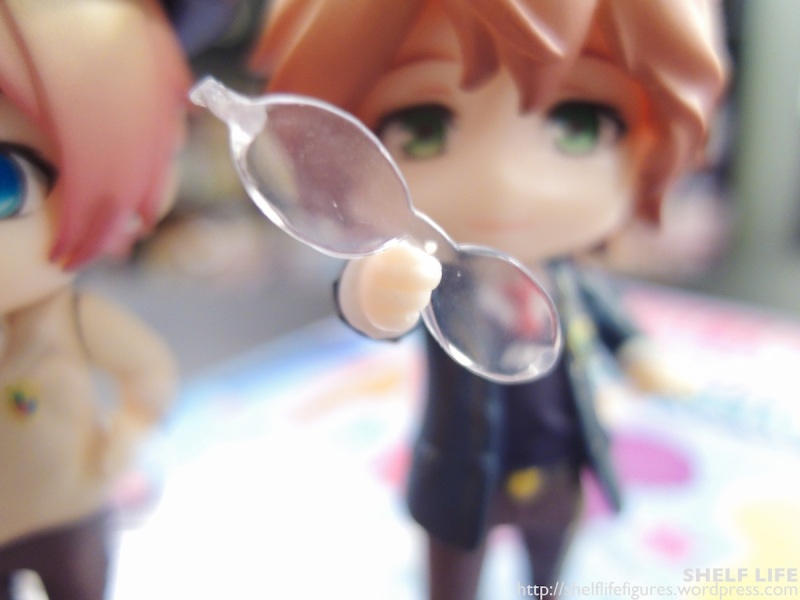 Gah, Natsuki are you sure you want to do that?? (,,#ﾟДﾟ) Hehe, I wish he came with another angrier expression for Satsuki. 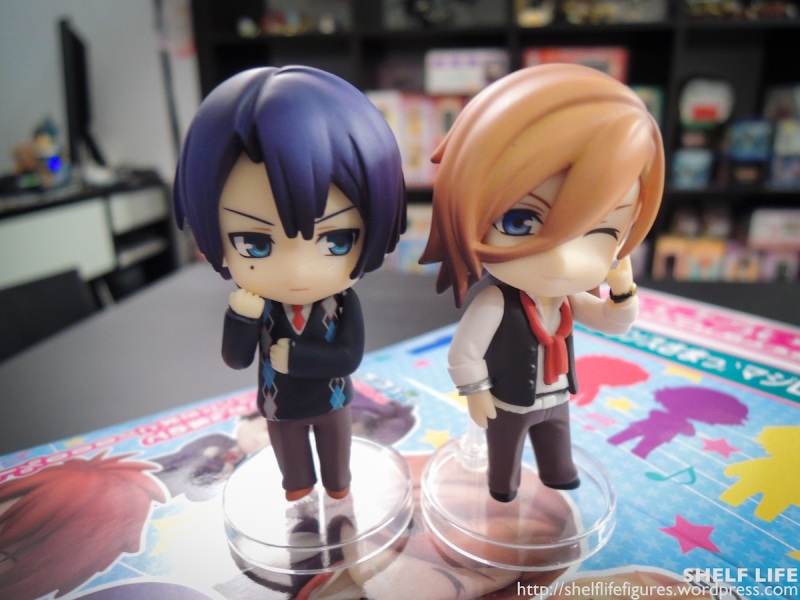 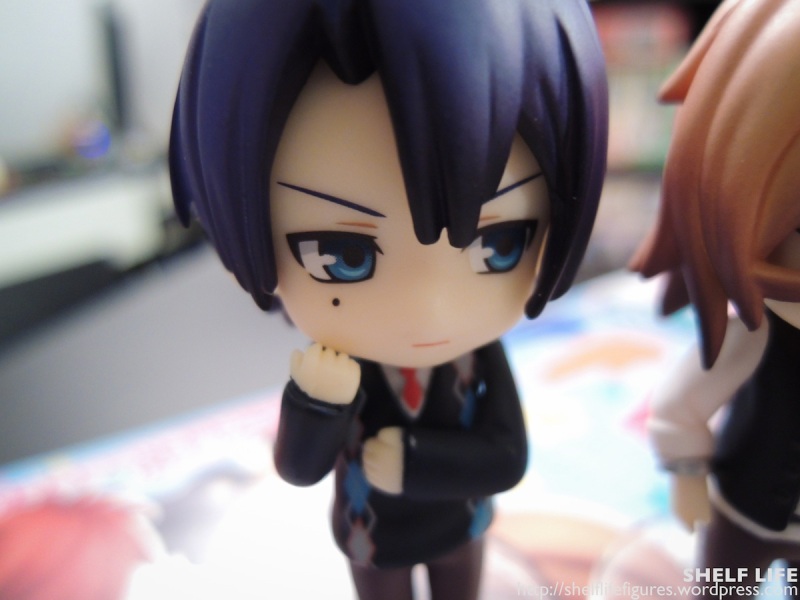 Masato has a serious expression, but he’s still adorable thanks to his chibi form. He’s wearing a cute little argyle sweater. Hehe, look at him glaring at Ren~ 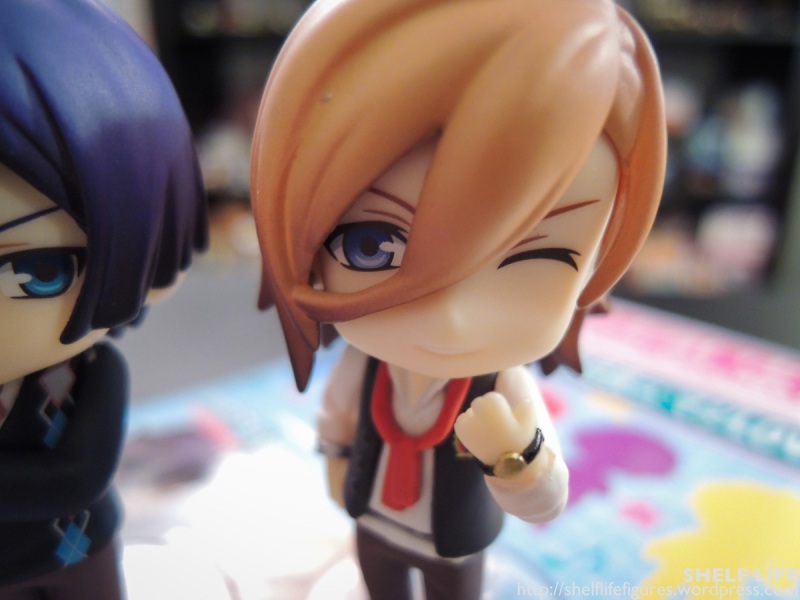 That’s because Ren is being flirty again. They replicated his uniform nicely, with his unbuttoned collar and vest. If you move his head to face his left hand, you can make him look like he’s blowing you a kiss! 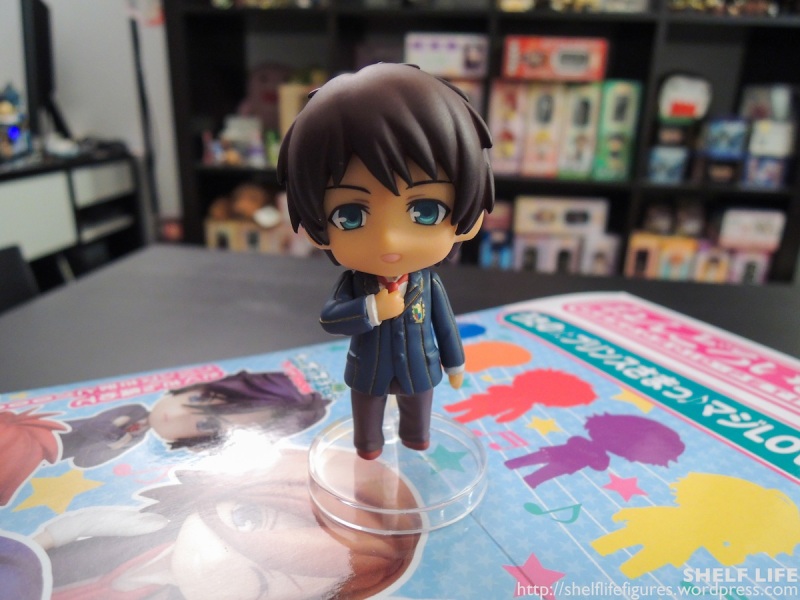 Last but not least, we have our secret character… Aijima Cecil! 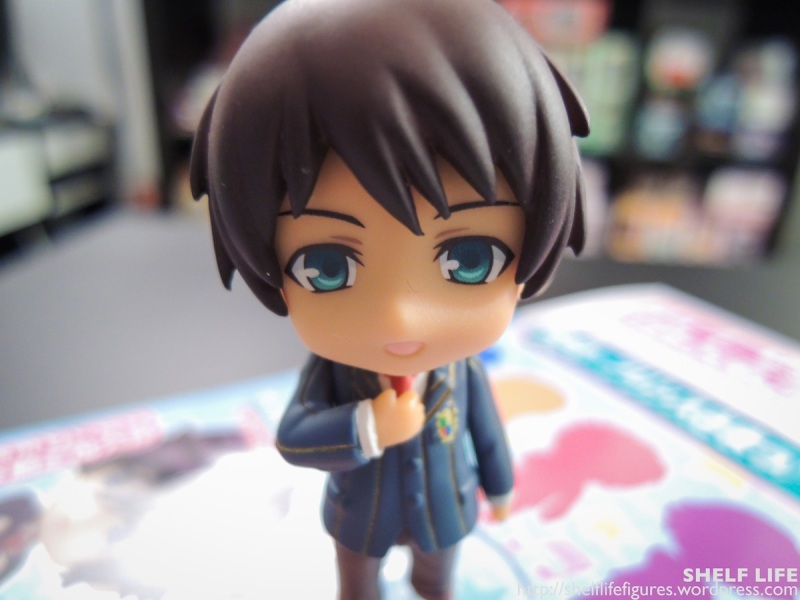 Cecil also has a gentle expression, and he looks like he’s singing from his heart~! 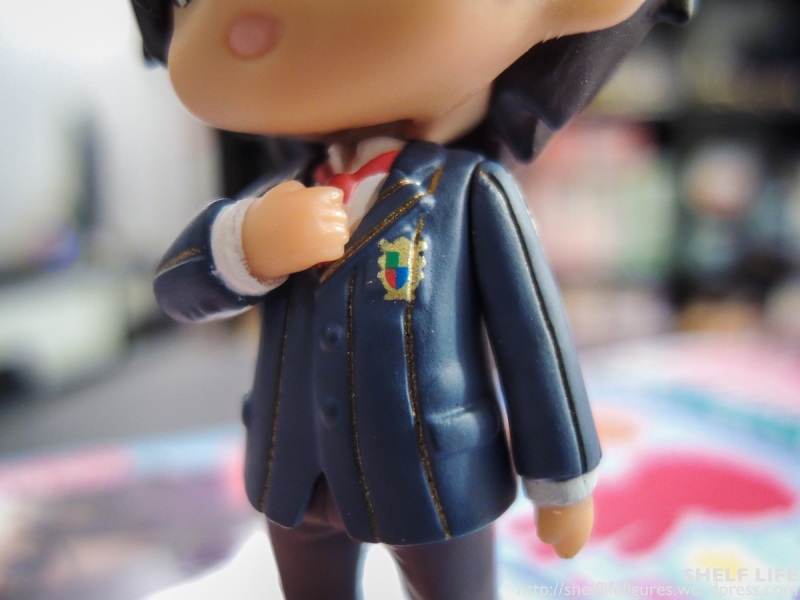 Here is a closeup of Cecil’s uniform to give you an idea of the level of detail put into these Nendoroid Petits. In my opinion, they’re not as clean as full sized Nendoroids, but they’re still pretty good, especially considering their size. 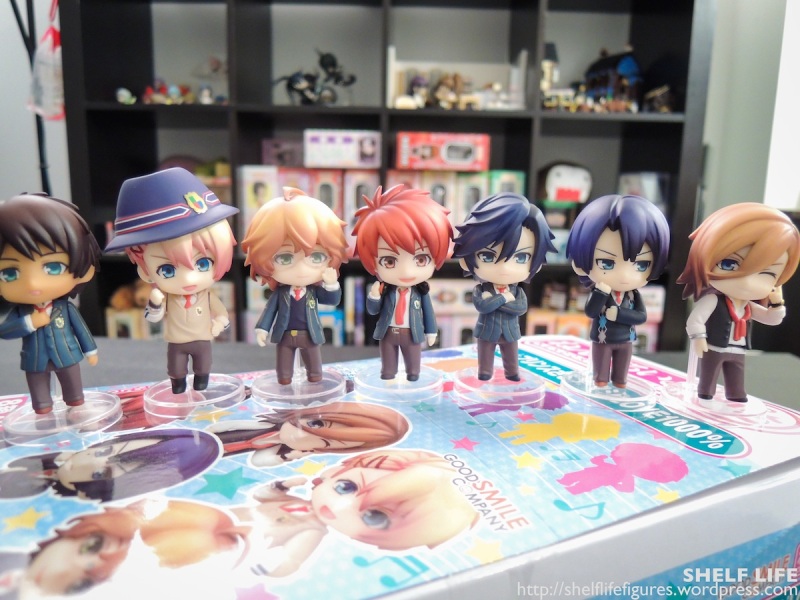 Anyway, here’s the entire set of princes! （＾ω＾）My extra was another Masato. I’m not sure what I’m going to do with him yet, but we’ll see! 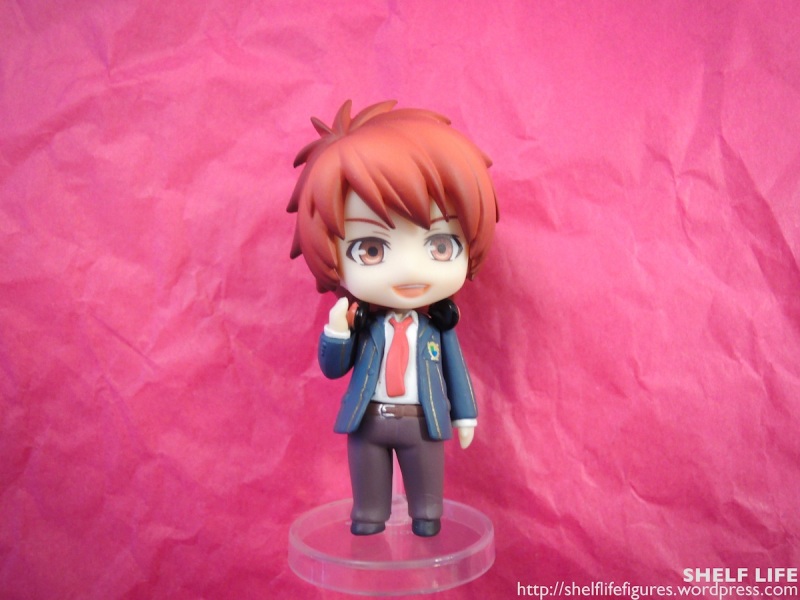 Otoya has volunteered for the demonstration~ 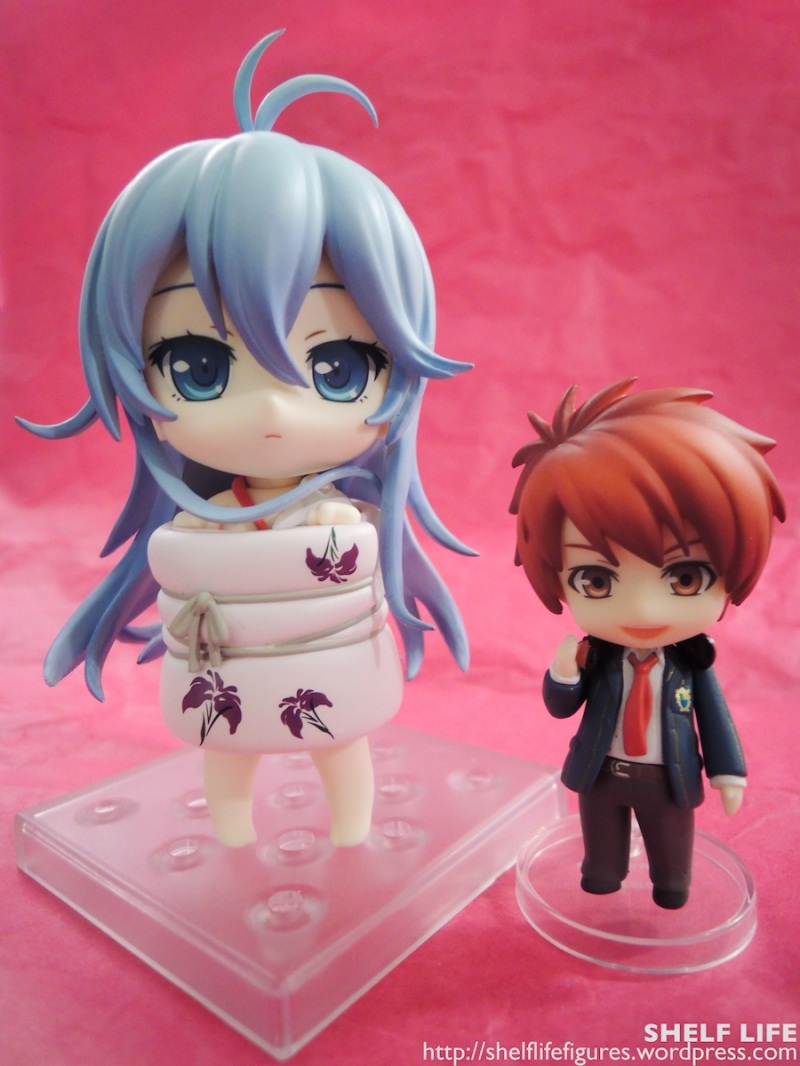 As their name would suggest, Nendoroid Petits are smaller than the full sized Nendoroids. Here is a comparison between Otoya and Erio. 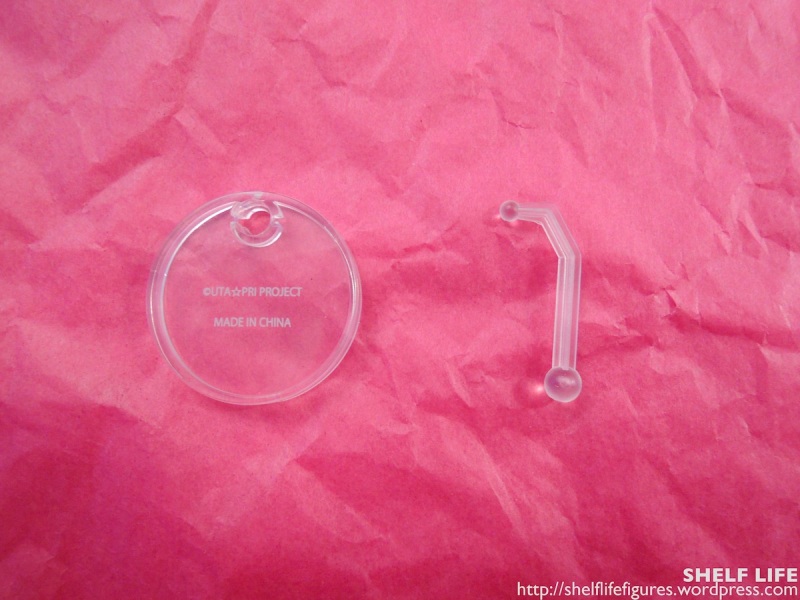 To my knowledge, the stand for Petits are all like this. There is a small round base and a stand that is ball jointed to the base and to the figure itself. The ball joint allows for some rotation, but not much. 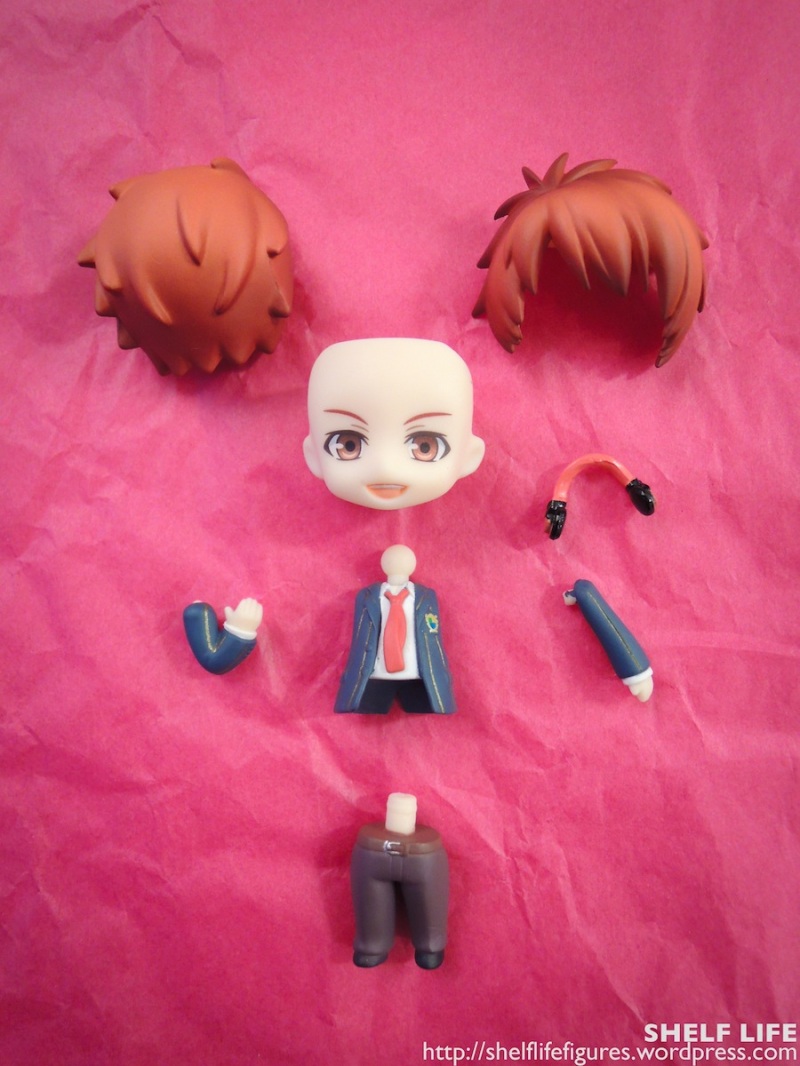 Although not as poseable as their full-sized counterparts, Nendoroid Petits can still be decomposed into these basic components. The most notable difference is that their lower torso is now one piece, and the legs are not moveable. Again, the faceplate is attached to the torso via a ball joint, which allows the heads to do some tilt and rotation. Otherwise, the hair, arms and lower torso attach together just like a regular-sized Nendoroid would. The hands on Petits are, however, not removable. 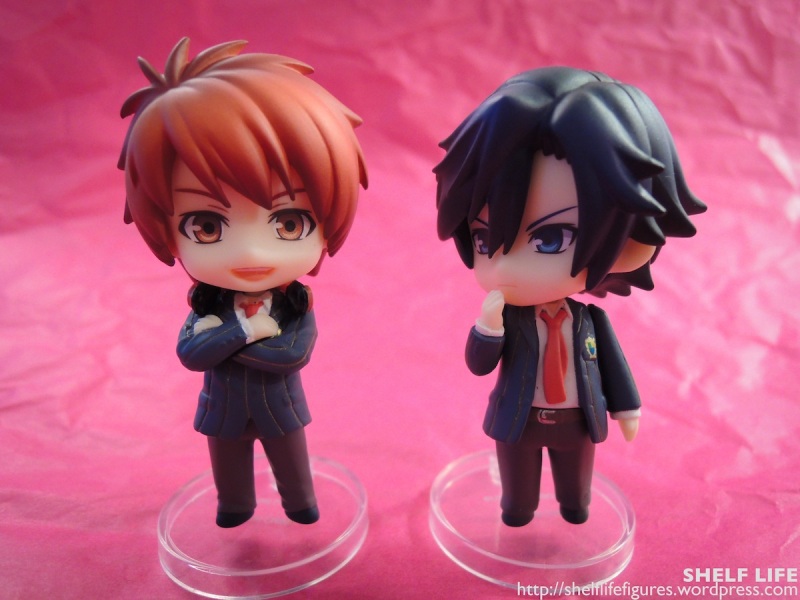 Being able to take apart a Petit also means that you can swap pieces around! Here is Otoya and Tokiya with their heads switched. Gives them a completely different feel, doesn’t it?

Not all faceplates for Petits are the same size and shape, but if they are, you can even change their expressions! Tokiya, you’re smiling!!~ But why did you dye your eyebrows…. ( ﾟДﾟ) 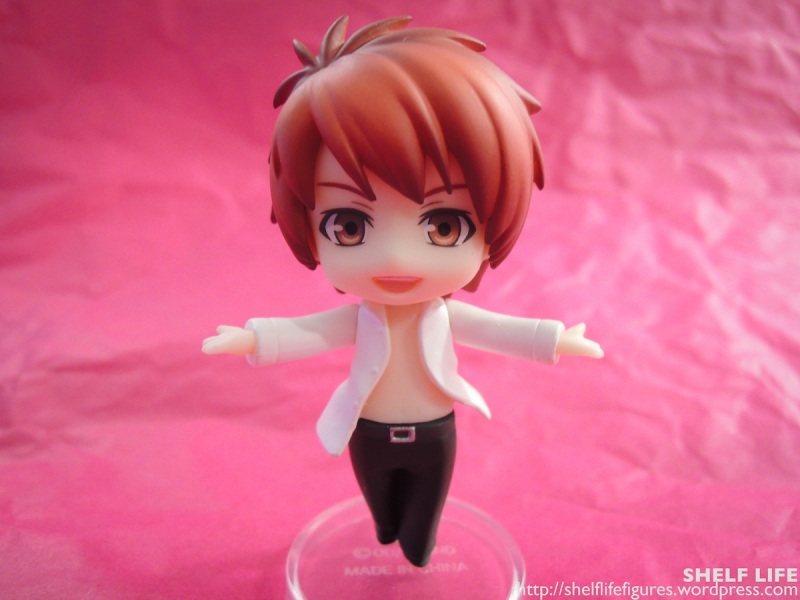 Of course, if you have other Petits, you can mix and match with them as well! Otoya, I don’t know if having your shirt unbuttoned and inviting your fangirls with open arms is a good idea…. 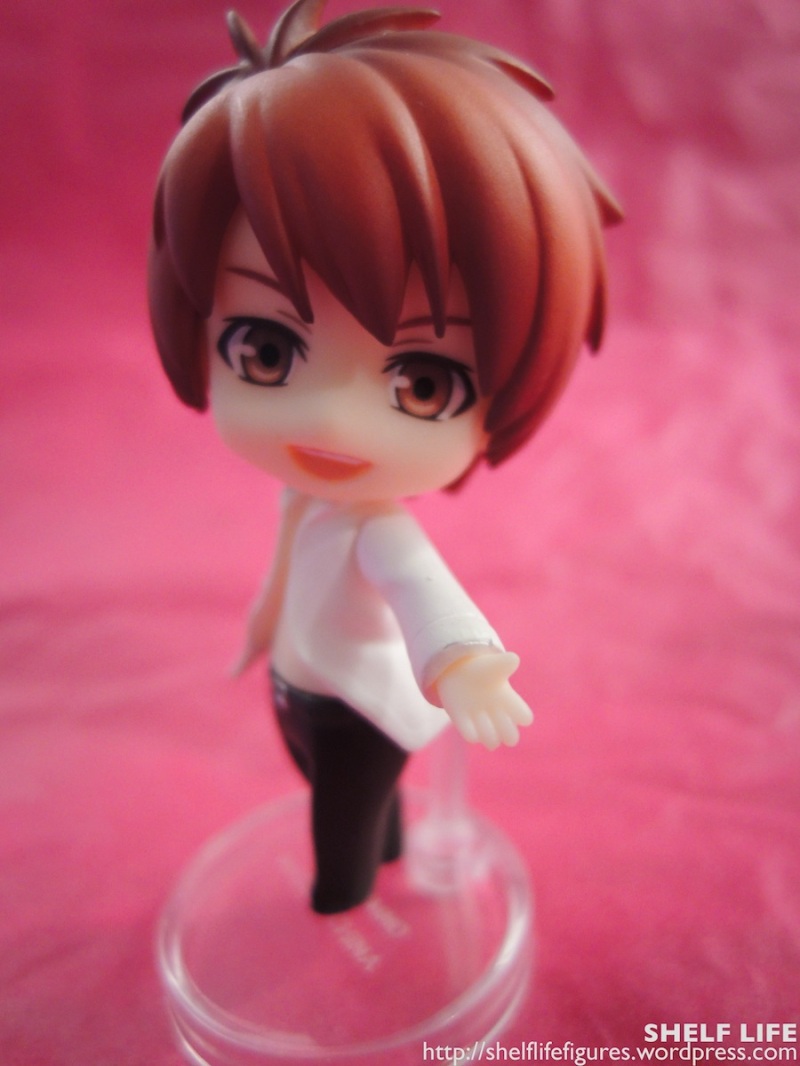 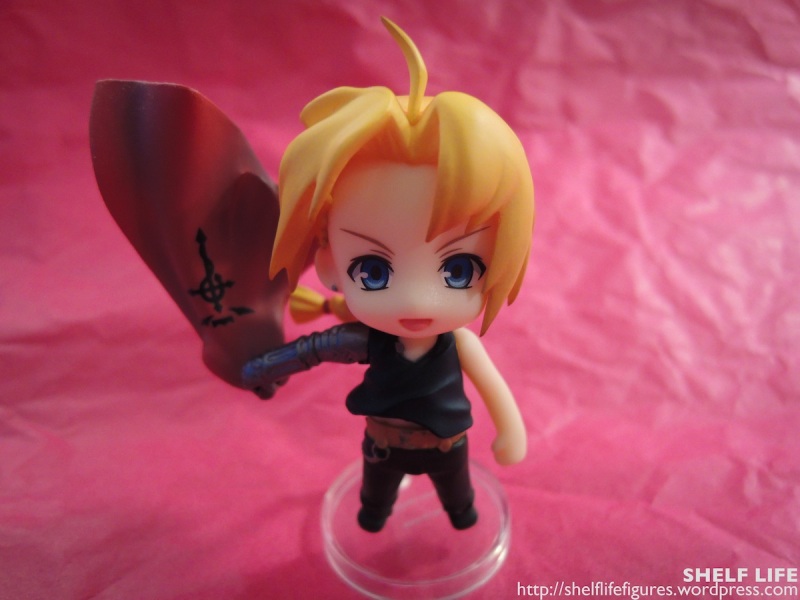 Oh, and I learned that my Edward Elric Petit has the exact same faceplate shape as these princes, so here is Syo cosplaying as Edward Elric from Full Metal Alchemist! Haha, it makes Ed look extremely baby-ish and adorable.

Anyway, that’s all the ramblings I have for today’s post. If you have any questions or comments, please feel free to leave them below! I hope you all enjoyed my post~