I’m very sorry for not updating in a while.. a lot of things have happened over the past two months, including starting a new job back in August. I’ve been busy with that lately, but I’ll be able to get back to more reviews and updates soon, I promise!

Of course, even though I’ve been absent, I have still received my pre-orders released for June, July, and August! Let’s do a quick rundown of everything~

(;° ロ°) So much stuff!!
10 Nendoroids, 1 Nendoroid accessory set, and three boxes of miniatures. 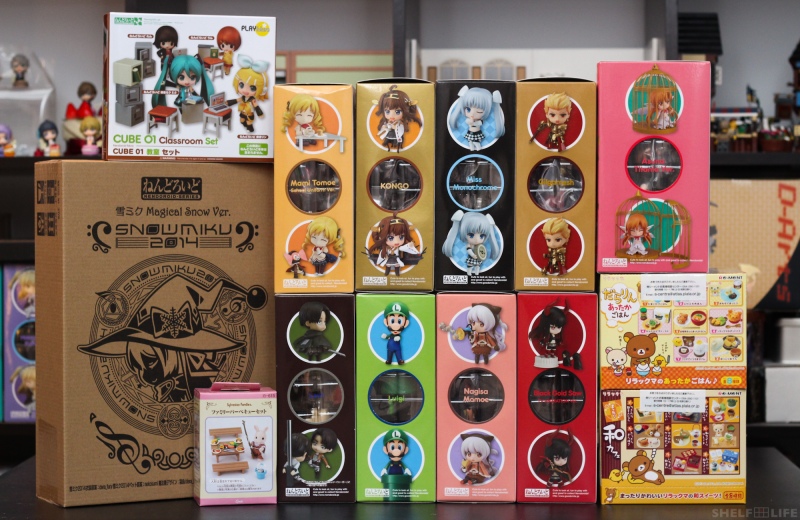 Pre-order releases for June include Levi from Attack on Titan, Luigi from Super Mario, and Momoe Nagisa from Mahou Shoujo Madoka Magica.

Next, for July, I got Black Gold Saw from the Black Rock Shooter TV Animation, and my Winter WonFes exclusives, School Uniform Tomoe Mami and Snow Miku 2014! The box for Miku is massive!

My August orders include the exclusive Titania Asuna, KONGO from Kantai Collection, Miss Monochrome, Gilgamesh from Fate/stay night, and the first of the Nendoroid CUBE series, the Classroom Set!

In addition to pre-orders coming in the past 3 months, I also picked up two Rilakkuma RE-MENT sets, the Hot Meal (Dararin Attaka Gohan) set and the Japanese Dessert Cafe (Mattari Wa Cafe) set, and the Sylvanian Families Family Barbecue set. 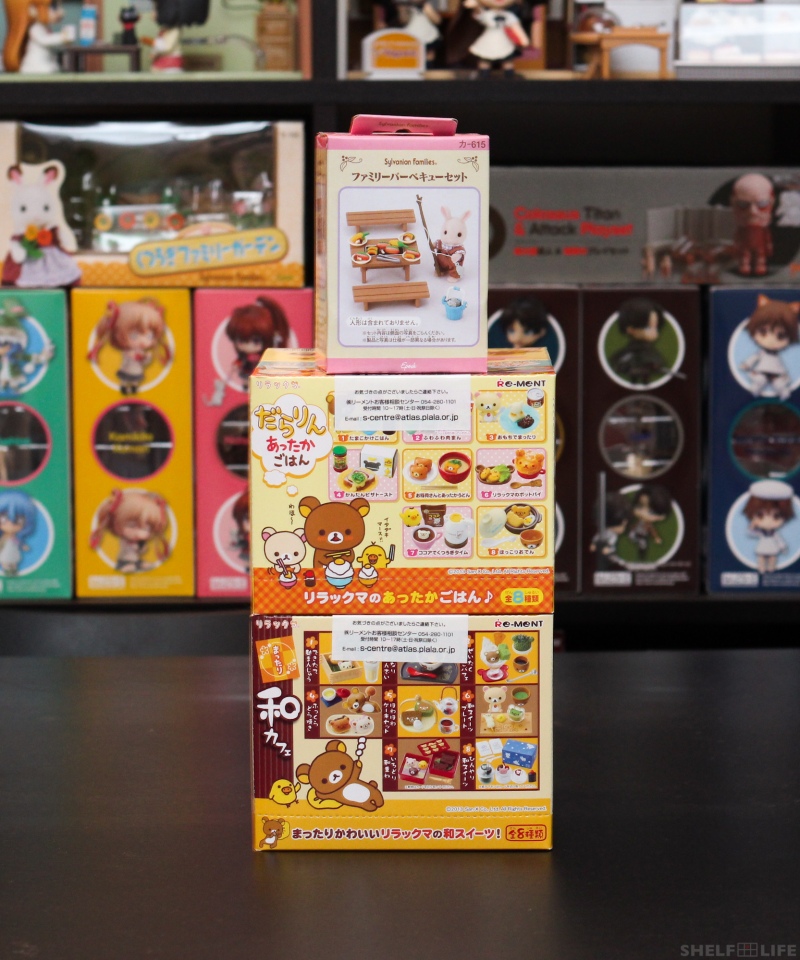 Phew, that was a lot of new additions to my collection. I am seriously running out of space in my little apartment for everything. Anyway, I just wanted to say that I’m actually really excited for Luigi. He is my favourite Super Mario character, and his Nendoroid chibi form is just super adorable \(*≧ω≦)/ He will probably be my next review. I also can’t wait to try out the new Nendoroid CUBE series. You can never have too many accessories!

Well, that’s all for today. Thanks for reading! Please look forward to more posts and reviews soon!