Just a quick update to show you all what has been added to the collection in the past two months. 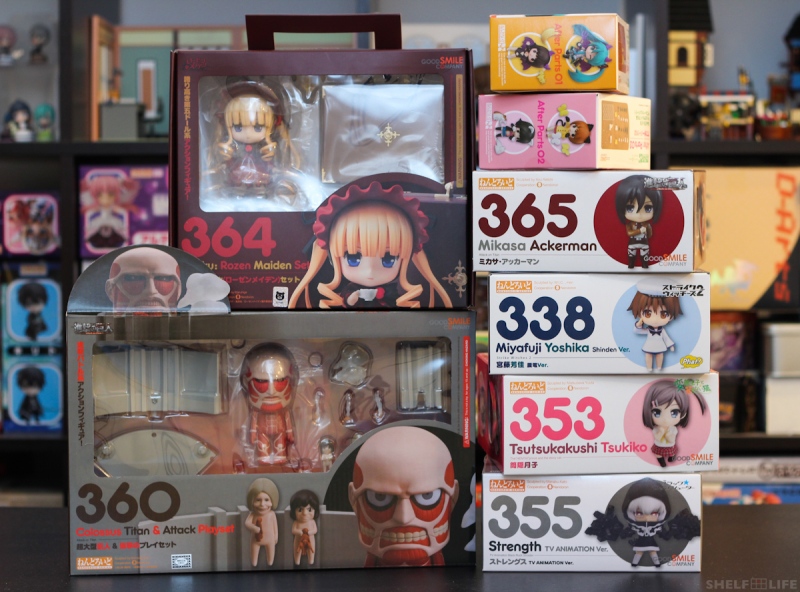 I was super impressed by the size and uniqueness of the boxes for the Colossal Titan and Rozen Maiden sets. I can’t wait to open them up and play with them~