Sorry everyone for the huuuuge lack of updates! I went on an impromptu trip to South Korea and Japan last month, so I wasn’t able to post any updates.

Anyway, now that I’m back.. time to show you my March releases as well as some of the (anime) loot I picked up on the 3 days that I was in Japan.

Here is everything!!
Time and money prevented me from bringing too much back home unfortunately.. (´Ａ｀。)

Pokédolls!!!
One of the major stops we had to make was the Pokémon Center in Tokyo! I snagged myself pokédolls of each of the original starters. Even though Venusaur is not my favourite Pokémon of the three.. I LOVE his pokédoll the most!

I also picked up a Rotom pokédoll on a subsequent visit while they were having a new promotion. The Oshawott was from Toys ‘R Us. He’s battery-operated and turns/shouts variations of his name. The Ampharos was from a UFO catcher machine~ 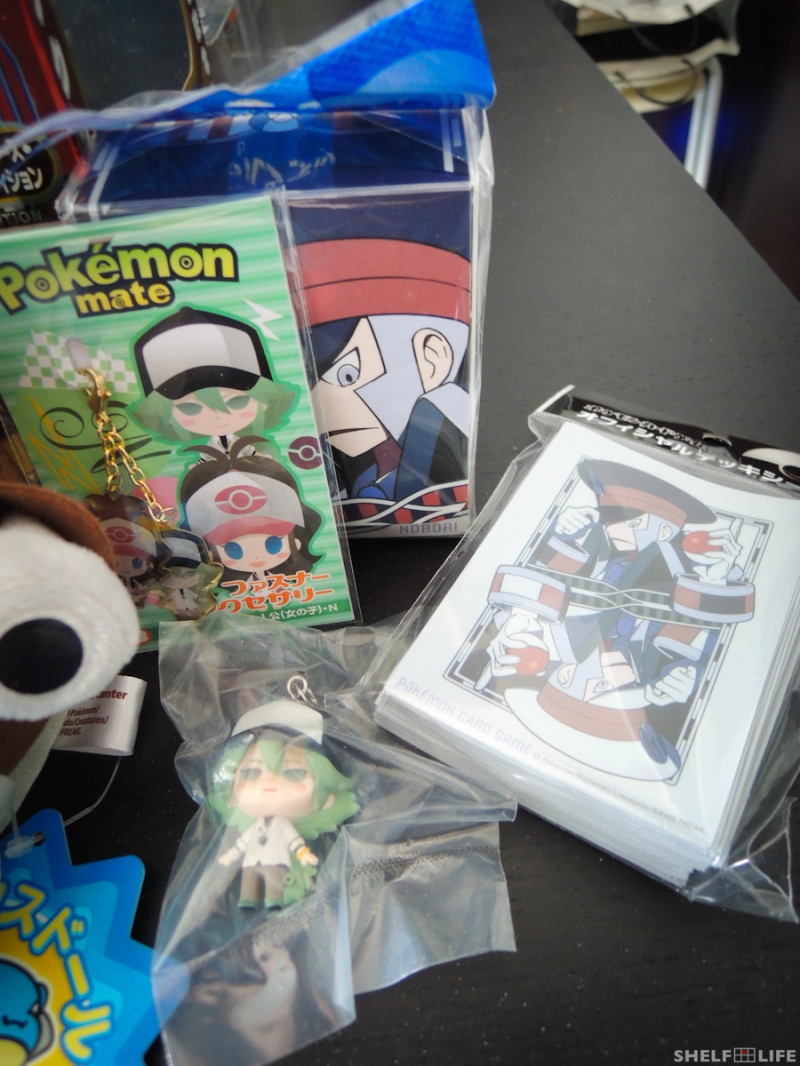 Other Pokémon goodies I picked up include sleeves and deck box for playing the Pokémon Trading Card Game and a couple of charms from the Pokémon Mate series!

Speaking of UFO catchers, I wasted a LOT of money on them while I was in Japan. UFO catchers are skill-based versions of the claw machines you find in North America. Instead of relying on luck for the strength of the claw, you need to win with skills.

Needless to say, I don’t have what it takes since I way overspent to get these… but I got prizes nonetheless! Two Sakura Miku plush, and two Pokémon toys (plus Ampharos from a previous picture)!

More Pokémon~~
I found a few more Ichiban Kuji Pokémon prize figures while in Japan, so I had to pick these up. 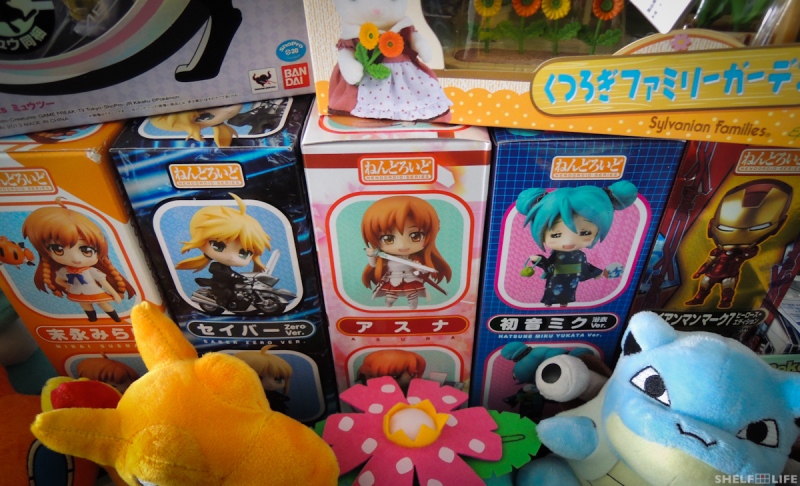 Of course, I also had to pick up some Nendoroids! Asuna, Miku, and Iron man are from my March releases that came in the mail after I came home, but Mirai and Saber came home with me in my luggage!

Mewtwo!!
D-arts’ Mewtwo figure also arrived with my March order. He’s very cool, and the box is much bigger than I thought it would be. Although you can’t see, there is a painting flaw on mine unfortunately.. it looks like he has a crater on his forehead… (；￣Д￣）

Lastly, I saw this on AmiAmi and added it to my March order. I thought it’d be nice to have some flowers in the background for future reviews, so here is the Sylvanian Families – Family Garden Set!

Annnd that’s it! Although it was a short trip to Japan, it was tons of fun. I only wish my stay was longer so I could bring back more loot!! Anyway, I’m very behind on reviews, and my April orders are already here and need unboxing! It’s time to work hard and catch up!!

One thought on “March Releases + Loot from Japan”